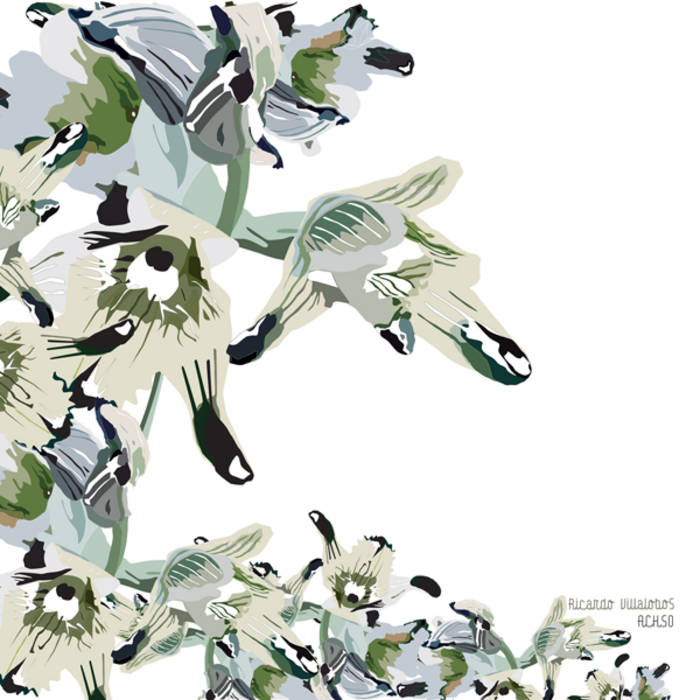 Filippo Goller Minimalism at its finest. Got to know Villalobos through my friend Ennio Colaci of Minimono. Favorite track: Ichso.

Minimal techno is generally said to be pointillistic in nature. But Ricardo Villalobos' new EP for Cadenza (his first for the label, and his first new release since the Chromosoul 12 for Perlon and his much-discussed For Disco Only 12") turns its attention to the importance of the line—not the dots, but the connect. Not the pinpricks, but the thread. (Oh yeah, and "minimalism" is a dead horse too—there are more rhythms in 32 bars of one of Achso's tracks than in an entire hour of commercial radio. It's not a "less-is-more" aesthetic, it's just more things folded into more ingenius hiding places.)

Since his epics like "Easy Lee" and "Black Conga" Villalobos has kept stretching out his music, and these songs are longer than ever – meandering in ever-widening circles, opening up like blossoms from the necks of blossoms, like Terry Gilliam's animated flower in the intro to Monty Python. (To call Achso an EP is a bit of a misnomer: four 12" sides, each at 33 RPM, more than ?? minutes of music. If vinyl records could contain 60 minutes per side, I'm pretty sure Villalobos would start making hourlong tracks for the dancefloor.) Instead of techno's conventional 4- and 8- and 16-bar figures, these tracks drift of their own accord; they sound less like standard 12" sides than edits of Villalobos' spiraling live sessions, where loops uncoil into long, slinky springs. Each track feels like it has three or four discrete sections, but you'd be hard-pressed to determine exactly where A morphed into B into C.

Achso is a moody record – contemplative, melancholic, angry, a little bitter at times, and also guardedly euphoric. If most of the floor-filling tracks of 2005 emphasized brazen riffs and strobing sounds, bristling with hooks and fin-de-siecle hedonism, Villalobos has gone down a trap door into a side room of the party, where the dance floor moves at the same pace, but the shadows are darker and the sounds more fleeting. The whole thing is the color of mica, or diamonds – with the rhythms chipped into sounds so small, they function more like glints of light, and an ambient glow courtesy keyboard flashes that are gone before you realized there was a melody there in the first place.

We can be leery of the "j"-word and still admit that Achso takes certain inspiration from jazz: not the hard-and-fast signifiers of the blue note and swinging bass, but an emphasis on unfolding structures—on the overarching importance of the line. From classic ambient music, it derives an attention to timbre, and to the ghost sounds that emerge from chance couplings of machines. There's also folk here—again, not "folk," dressed up in bright acoustic colors, but a kind of placeless folk, a tradition without a history to root itself in. In place of the explicit reference to Chile's '60s of Villalobos's deepest DJ sets, extending Violetta Parra's eerie harmonies into a thicket of drums, Achso emphasizes an all-encompassing psychedelia reminiscent of Krautrock, the Chilean progressive folk/rock of Los Jaivas, and even Southeast Asian string music. Here, psychedelia is a sinew that runs beneath everything else, twisting and unveiling the vein when the music flexes.

There's no denying the similarities between these discs and the most rippled, polyrhythmic strains of minimal techno's latest developments; the palette and the pulse both flow from the taut energies of Alcachofa and The Theoreme du Archimede into the dusky web of barbed rhythms that personifies current releases from artists as diverse as Luciano, the Wighnomy Brothers, Trentemoller, or Dominik Eulberg. But Achso is less about proposing a style or defining a genre than in wrapping its arms around a set of ideas and then folding them, Venn-like, into a grey interleaving. A middle space.