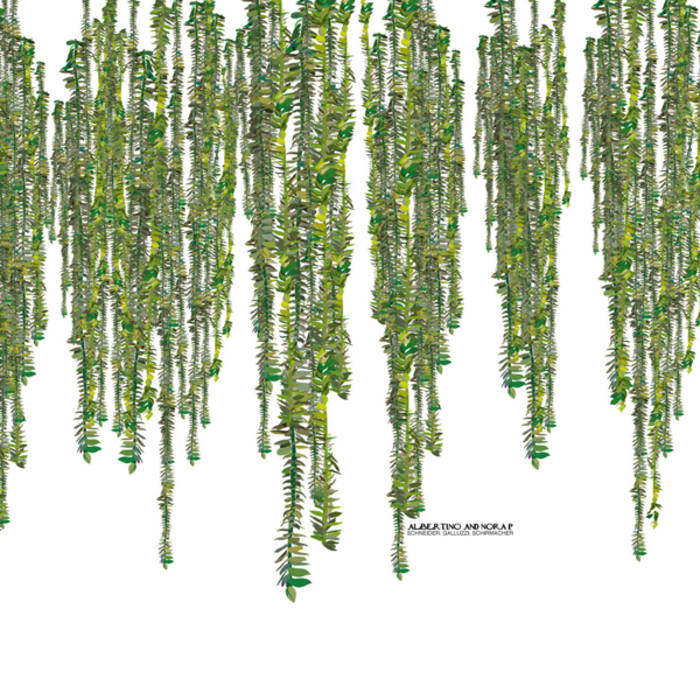 Once again, Cadenza keeps the blood flowing fresh with the addition of a new artist to its roster—or in this case, three of them: Guido Schneider, André Galluzzi and Florian Schirmacher, teaming up for a two-way three way of sorts, and resulting in two absolute stormers, just in time for the stormy season.

The A-side presents "Albertino", the first- ever collaboration between Guido Schneider and André Galluzzi. Schneider, of course, is well known for his tricky, hyperkinetic records and remixes on labels like Poker Flat, Tuning Spork, Moon Harbour, Trapez, and Highgrade; Galluzzi has until now remained more or less a man behind the scenes (and the decks), co- founding the Taksi label with Paul Brtschitsch and releasing the mix CDs André Galluzzi... Im Garten, Berghain 01 and Freakshow Cocoon Ibiza Summer Mix. On "Albertino", the two cook up a lithe little stepper with funk to spare. A spiraling one-bar bassline keeps things grounded as glancing chords go wafting towards the rafters, but the real movement is in the wings: saucy percussive outbursts, petulant flange, steampipes venting white noise, and delay lines teased out like a climber's rope. The attention to detail is nothing short of genius, but this is a track for movers, not thinkers: seven and a half minutes of no- nonsense, back-to-basics jitterbugging.

On the B-side, Schneider teams up with Florian Schirmacher. These two are well known from their days as Glowing Glisses, releasing three EPs and an album for Poker Flat and Dessous between 2002 and 2003; this time out, they've taken their propensity for finely- tuned minimal grooves and turned it into something decidedly freaky. Booming toms and liquid Afro-Latin hand drums give this tune a seriously low center of gravity—if your hips don't move to this, you're probably dead. Tight percussive loops illuminate the high end like so many lighters held aloft, lighting the passageway through a dark, undulating melody. Here, hypnosis isn't a factor of repetition, per sé, but rather of the way that new sounds and phrases are snuck in and out, teasing ears and feet and leaving listeners swirling in a maze of concentric circles. For all its forward motion, this one's a track for getting lost in.