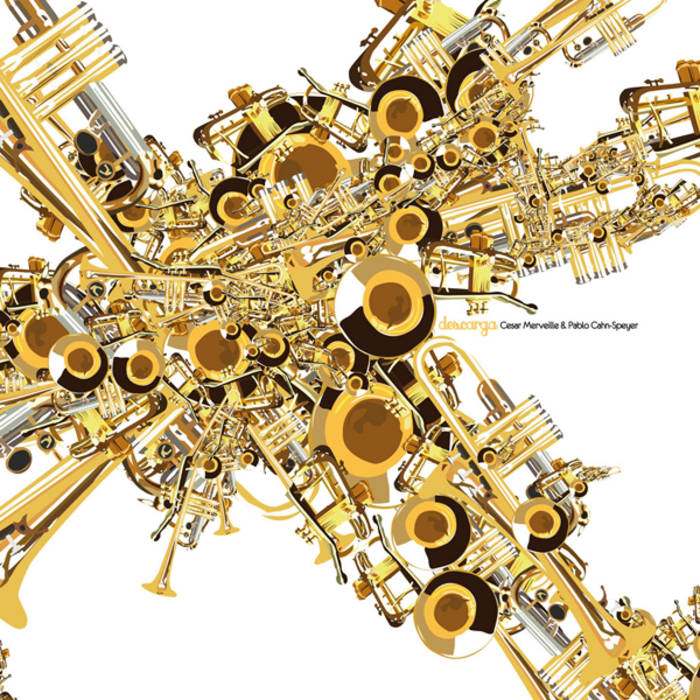 Hold onto your hats! Making their debut appearance on Cadenza, Cesar Merveille & Pablo Cahn-Speyer touch down like a cyclone, with two percussion-heavy cuts that pay homage to the glories of vintage mambo.

Cesar has quickly made a name for himself with releases on Circus Company, Serialism, Safari Electronique and others, with his "Chocopop Jazz"—released under the name Cesar Maravillas—making a huge splash in 2008. This is Pablo's first release, but the London-based pair is already well known for residencies at T-Bar, where their colorful, upbeat sets provide a soundtrack perfectly calibrated for the feel-good hedonism of some of London's most celebrated parties.

"Tribute," already known to clubbers as a highlight of Luciano's recent sets, is a killer fusion of old and new, splicing vintage samples from golden-age salsa into a stomping groove that's as chunky as a pair of high-heeled wedges. It all starts out as a stripped-down, high- stepping drum track, punctuated by sexy, primal whoops. But that ain't the half of it. In come spooky flutes, fluttering sax and the rush of crowd noise, with an irresistibly funky jazz break building tension. Before long, the bandleader's calling out the dance, chanting and singing. Horns are blaring, piano pumping, congas rolling. It's a veritable hurricane of African, Caribbean and European musical traditions, and anything that isn't tied down will soon be soaring above the dancefloor.

"La Yuca" is a far more subdued affair, laying down a nimble, gliding groove with just the slightest hint of disco to it. Layers of additional percussion—syncopated toms, splash cymbals, chirping congas—give the track a powerful sense of swing; a lone, repeated chord sets the atmosphere, expanding like a giant soap bubble. Assuming center stage is a haunting male vocal sung in Spanish—weathered, gritty, and emotionally ambiguous in that particularly Latin-American way. It's not a "happy" or "sad" song, it's storm cloud and silver lining all tangled up in one, and it's gorgeous.

FULL SUPPORT BY LUCIANO, ÖNUR OZER and many others !!!