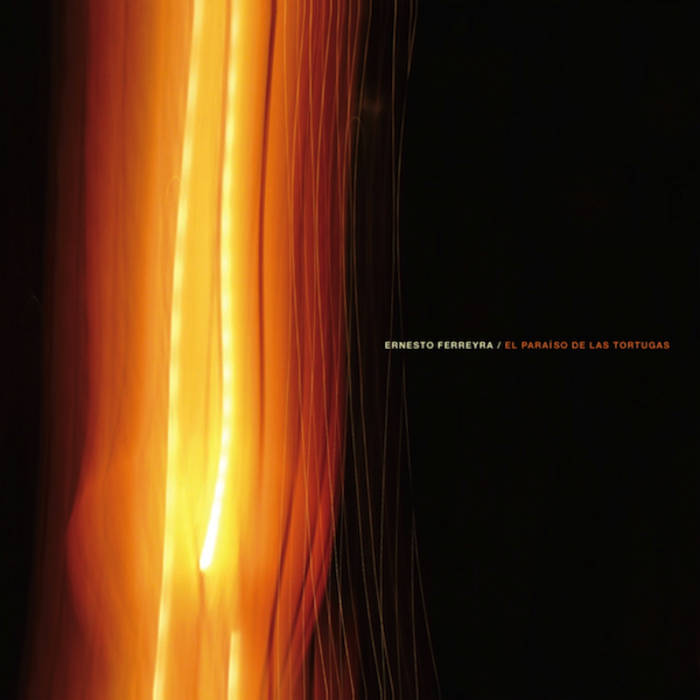 In this age of the Easy Jet set, 24/7 wireless connections, and the resulting barrage of tweets, blogs, and increasingly asinine answers to the question “whatʼs on your mind?”, the notion of home can be a difficult one to pin down for many of us. Indeed, if we were to except the prevalent marketing speak, the very idea of going home for the holidays would seem out dated. Why go to the trouble when you can give the family a little face time on iChat or Skype whether youʼre in Boston or Bangladesh? We are all citizens of the world now, or so were told. But how does one digitize the smell of a home cooked meal or the light of a sunset seen so many times as to blur the memory into a single nostalgic quickening of the heart? For Ernesto Ferreyra, the answers to these questions and many more are to be found in the infinite wisdom of turtles.

A company looking for a poster boy for their new globalista product launch could do a lot worse than Ernesto. Born in Cordoba, Argentina, he has since called such diverse locations as Mexico City, Montreal, Berlin, and Ibiza home at one time or another over the past decade. His performance schedule in the last few years alone both as a DJ, solo live act, and as half of the celebrated duo Chic Miniature with Guillaume Coutu-Dumont has been hectic enough to make mere mortals give up in disgust just trying to determine their current time zone. Things arenʼt likely to slow down anytime soon with Luciano increasingly wanting Ernesto at his side to open or close his own epic sets. Yet despite all these comings and goings, he has somehow, over the last year, managed to craft an album that sound less the soundtrack to some lonely wandering vagabundo's tale, then that of
a wise and well-travelled man reflecting on the diverse experiences and places that have shaped him, anchored by an ever present ass moving low end pulse.

For Ernesto, El paraíso de las tortugas is a paradise of the mind you see, and what good would paradise be without a little dancing to forget your troubles here and there? From the swirling aerial disco maneuvers of the albumʼs opening and closing (Mil y una noches, El comienzo de todo lo demás), heart wrenching laments to chronic pain and a father lost along with 30 000 others to the Argentinian dictatorship (Back Pain, Acequia), shuffling deep pocket house (Letting go, I wont forget), the peak time bass acrobatics at the albumʼs core (Cenote Trip, Perdido), through the psychedelic jazz meanderings of the title track, Ernesto proves himself to be a master craftsman of both moods and grooves as diverse as the experiences he has lived. If this is what the turtles are partying to in paradise, weʼd all do well to find a shell.