First If You Please – The Remixes – Part 1 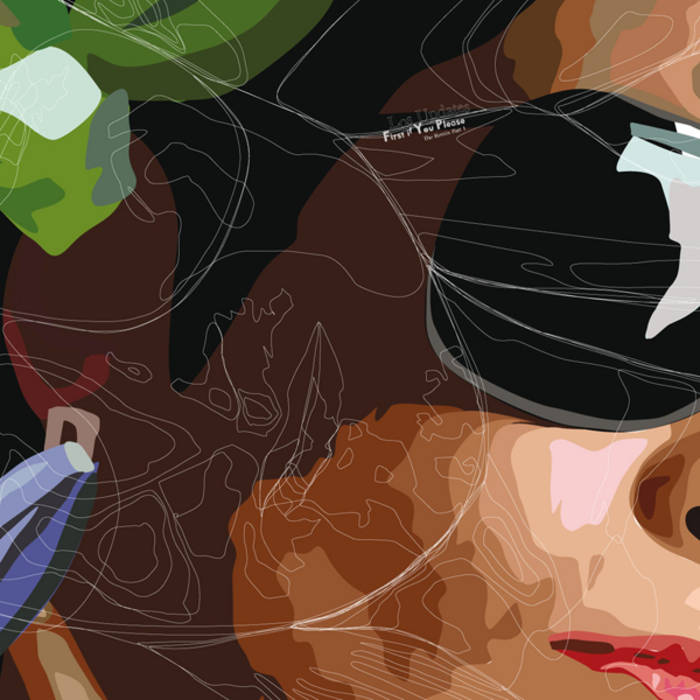 Los Updates? Los Updates is the latest project from Chilean musical mastermind Jorge González together with Loreto Otero. Jorge González—not to be confused with the Swedish crooner José González—is one of the country's best-known musical ambassadors. His group Los Prisioneros defined the sound of Chilean rock in the '80s and '90s, standing in opposition to Pinochet's military dictatorship, selling out stadiums across the Americas and laying the groundwork for today's Rock en Español movement.

In the '90s, as electronic-music culture took root in Chile, González teamed up with Martin Schopf (aka Dandy Jack) to create Gonzalo Martinez, a wide- ranging experiment in Latin-tinged electro-pop. Aided and abetted by the usual suspects in Latin America's eccentric expat electronica scene - Argenis Brito, Atom Heart, Tobias Freund aka Pink Elln, Gonzalo Martinez released two albums and a handful of singles in 1998 and 1999. Now based in Mexico City and working alongside the beguiling Loreto Otero, González launches the next phase of his musical career with Los Updates, a project that connects the dots between mindbending minimal house and unabashed pop.

Perhaps appropriately for an artist who has rewritten the rules at every step of the way, Los Updates aren't taking the most conventional route to release their music. They've prepped some 12-inch singles—Los Updates First If You Please — The Remixes — featuring original cuts backed by remixes from Ricardo Villalobos, Dandy Jack, Luciano, Tobias and other Los Updates companions. This fall, a special CD release will follow, gathering all Los Updates' originals along.

The first installment of the series may feel like déjà vu: that's because Ricardo Villalobos already included his mix of Los Updates' "4 Wheel Drive" on his acclaimed Fabric 36 mix CD in 2007. This, though, is the premiere of Los Updates' original version. González vocals and obliquely narrative lyrics are doubtless the centerpiece here, veering between singing and speaking, falsetto highs and baritone lows. (His accent, in English, is also almost adorably absurd.) But he backs up an unforgettable vocal performance with equally compelling production, crafting an addictive groove out of rubbery synthesizers, clattering drum machines and oddball samples galore. There's no doubt that he has top-notch studio chops, but González makes his outsider status a virtue: his beats don't sound like anyone else's.

Dandy Jack remixes with his Superhero "Inviting You Here," a track whose original version is forthcoming on the CD release. In the Latin Lava's inimitable, irrepressible style, the track swarms and squirms with bubbling congas, bouncing accordion blips and blasted strands of reverb. Full of motion and color, Dandy Jack's mix balances the intensity of house and techno with the playful spirit of Raymond Scott.

Finally, for those who lamented its absence on Sei Es Drum, Ricardo Villalobos' triple-vinyl collection of Fabric 36 exclusives, Villalobos' "4 Wheel Drive" remix is finally here on wax, in all 13 minutes of its rippling, hypnotic glory. Riding a long, loping groove and leaning hard on a battery of psychoacoustic effects, this is Villalobos at his most focused, drilling to the heart of the dancefloor one friction-filled bar at a time, even as González' commanding vocals swell to fill the room.

It's a breathtaking collaboration to round out a refreshingly diverse EP—and tide us over until the next update from Los Updates, featuring remixes from Luciano and Tobias. Stay tuned!