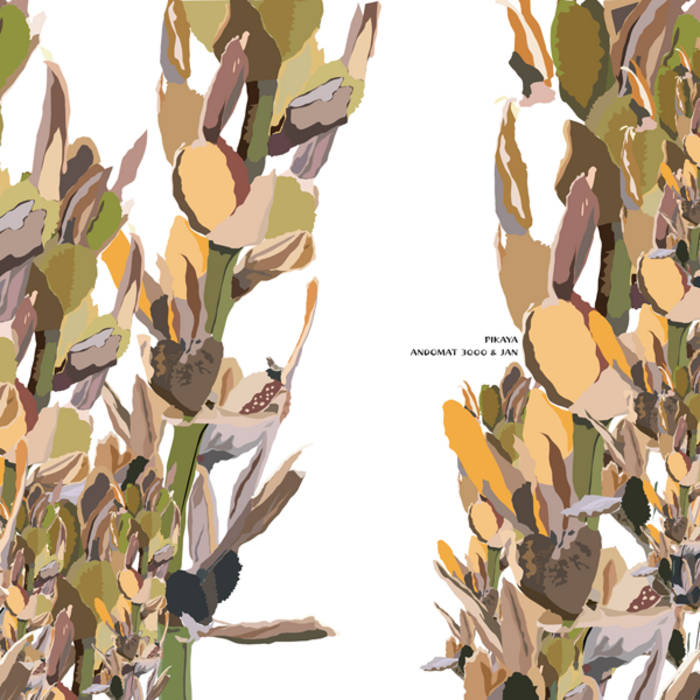 Even more intriguingly, Cadenza 12 sees the label family expanding with the addition of two virtually unknown production teams – PIKAYA and ANDOMAT 3000 & JAN - who have the unique honor of releasing their recordings on one of electronic dance music's most adventurous labels.

PIKAYA are the trio of Christian Kaske, Daniel Ramm and Frank Greiner; born in East Germany in the late '70s, all three relocated to Berlin in 1999. Throughout the '90s they explored every possible facet of electronic music, from dub and downtempo to melodic trance; Christian is a professional sound designer and film composer who plays alongside Frank in the duo Medusa & Defusa. "Never change a running system" is their motto, and it makes an excellent description of their track "Grüne Raufaser," which graces the A-side here.

Beginning with haphazard, rolling toms, Grüne Raufaser quickly builds to a gentle lilt with mournful chords reminiscent of Plaid, some rollicking trap-work, and jazzy little keyboard stabs that flash into full-blown dub echoes. Swinging like Benny Goodman on the playground, it's at once nimble and brooding, starry-eyed and tear-stained. At nine minutes long, you barely notice its subtle changes—but DJs will want to play this one all the way through to the run-out groove: it's perfect for slow-dancing with a lover at the after.

ANDOMAT 3000 & JAN are the duo of Jan Iwanitz and Andreas Wiegand, another couple of kids born in the halcyon days of free love and feathered hair. Andi began DJing in the mid-'90s (most notably at Kassel's Stammheim) and started producing music in 1999, before taking three years to go abroad in search of fresh perspectives; just a year ago, having discovered the joy of soft synths, he returned to production work. Andreas is better known as DJ Mahatma, who in 1995 landed a residency at Keller/Merkers (one of Eastern Germany's most important clubs in the mid-'90s) and has gone on to spin throughout Germany and Europe, as well as producing, both solo and in collaboration, for numerous labels.

Andomat 3000 & Jan’s "Entr’acte Music" is a dark, housey number that clearly takes inspiration from Thomas Melchior: fans of Melchior's productions for Aspect Music, Perlon and Playhouse will lose themselves in the echo-drenched swirl and unhinged vocal chirps. It's nothing less than House Music 101, a smoky tour of the Chicago warehouses of yore, bathed in reverb and tinged with more than a hint of madness. Like those fabrics that change colors according to your body temperature, Entr’acte Music is a moody chameleon: congas and upbeat keys spell tropical bliss for those in the mood for sunshine, but dancers with a penchant for the dark side will lose themselves in dank echoes and shadowy corners behind the beats. Feeling spooky never sounded so good—and vice versa.