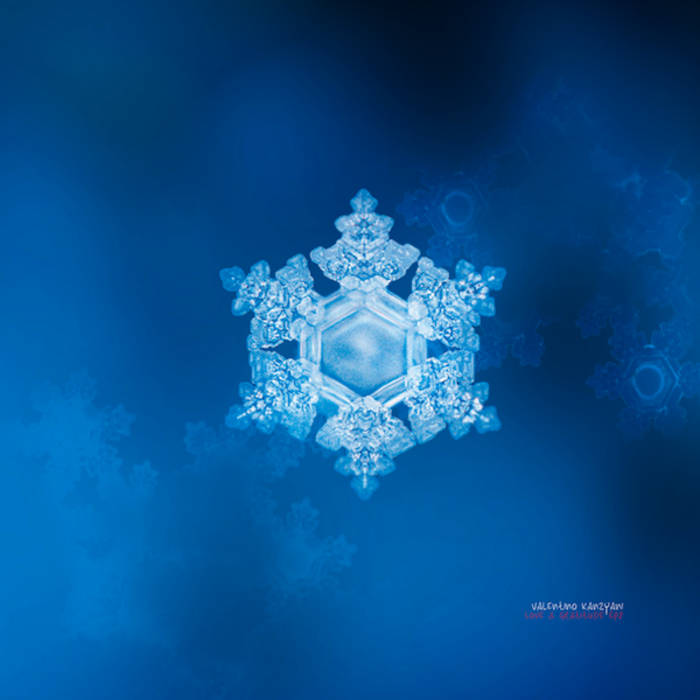 Back in April, Slovenia’s Valentino Kanzyani dropped the first half of a two part underground house EP on Cadenza, titled ‘Love & Gratitude EP1’. It was his debut release on Luciano’s label, and was dark and funky for the most part, with the majority of the four tracks’ energy coming from percussion and raw beats (Kanzyani is currently working on an album for Cadenza, which will contain mainly new and unreleased tracks).

‘Love & Gratitude EP2’ is more heady and hypnotic. Throbbing beats and relentless kick drums drive the rhythms forward, whilst swirling synthesizers and experimental techno soundscapes diffuse the grooves, creating contrast and tonal changes. If anything, the gentle melodies and subtle musicality of Kanzyani’s three new original tracks here (the fourth track is a dub edit of the last EP’s El Circulo De La Vida cut) create a kind of dancefloor psycheism, where the mind moves in a different spatial plane to the feet, encouraging you to drift off into alternate dimensions.

The first track ‘Mirvan’ is the heaviest cut on the EP, and has a tension and vibe similar to the raw rhythms that Berghain residents Ben Klock or Marcel Dettmann might play at the Berlin techno temple. When some pads fade in around the 2:30 mark, you can sense Kanzyani’s desires to coerce you into a dreamlike state. The sounds are infinite and all pervasive, like outer space, forever expanding beyond the reaches of any known logic or meaning. The beats are drowned out at points by the ever-growing black hole of sound, however the drumming is reliable and constant, like an engine that never stutters.

The second track ‘Chanta Lopez’ is more housey, with a tangible bassline and more swing in the groove. Loose claps on alternating delay patterns keep the tension high in the first part of the track, before a metallic, machine-like synth cranks into gear. Unlike ‘Mirvan’, the synth has a recognizable melody and moves with purpose. At times, the synth combinations almost turn into an acoustic guitar-like moment in the track’s only breakdown, and the resulting drop brings a welcome change in bassline pace. This is a very modern house track, and the quiet optimism of ‘Chanta Lopez’ suggests a new dawn - a light at the end of the dark tunnel - like waking up on a Tuesday morning to find a cool afterparty happening in your living room.

The third track on the EP, ‘Une Noche En Paraiso’, begins with a nonsensical series of random drum patterns, as if the producer was clicking through all of the possible drum sounds in search of the perfect one and accidentally recorded all of his beat auditions onto the track. A clicky drum groove, funky and syncopated, gets dirtier as a growling bassline is added, before Kanzyani works in some un-bridled synthesizers. As the synths grow in stature, they become floaty and magical, like a panpipe fairy leading you down a path. More orchestral sounds then join the mix, which give the track a feeling not too far away from classical music, which is odd considering the repetitive techy drums. The sense of grandeur that the melody creates, quickly dissipates as Kanzyani brings the track back to reductionist glitchy house for the remainder of its time, and in the end, ‘Une Noche En Paraiso’ is like one quick toe dip into the sublime.

The final track on the EP is a special dub version of ‘El Circulo De La Vida’, which appeared on ‘Love & Gratitude EP1’. Without the original’s weird Shamanic Spanish conversation running over the track, the cut’s beautiful and serene melody is allowed to take center stage.