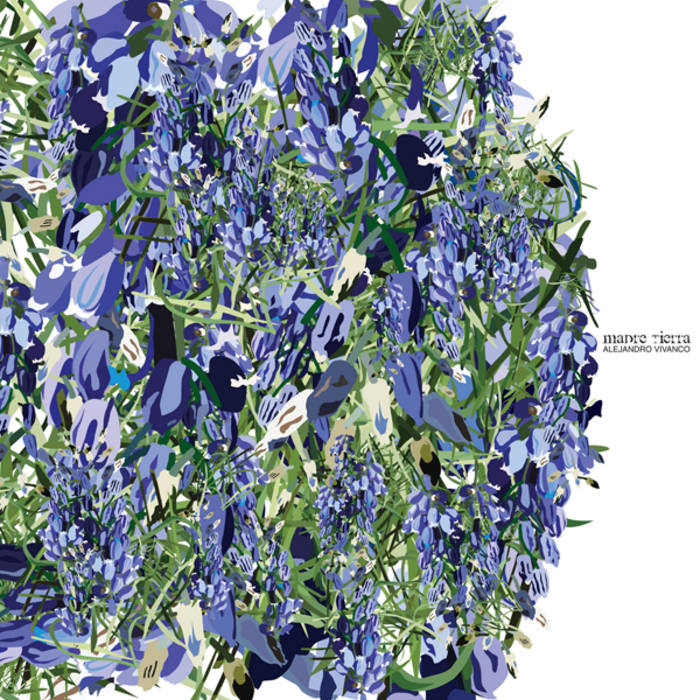 Cadenza returns to its Chilean roots to spotlight Alejandro Vivanco, who makes his debut appearance on the label. Long established as a musical force in his own country—first in the underground group Pequeñas Particulas, and more recently as resident DJ at La Feria, one of the cornerstones of Santiago's electronic-music scene — Alejandro has spent the last few years forging connections with the Northern Hemisphere. In 2004-05 he released two 12-inch singles on the UK's Eukahouse label before developing a longstanding relationship with Cologne's Kahlwild, which so far has put out four of his singles. His work hasn't fallen on deaf ears: the track "Las Velas No Arden" from his Kahlwild debut, has been include on Loco Dice's Green & Blue, Dominik Eulberg's Kreucht & Fleucht, and Luciano's Sci.Fi.Hi.Fi. Volume 2.

"Lemon Lab" opens the EP with a note of high drama, as great clouds of digital synthesis and bird-like squeals suggest the humid, voluminous interior of the cloud forest. (If we're going to talk about Madre Tierra, this must be the womb.) Slowly, a structure evolves: from the low muttering of a lonely voice arises an animalistic heartbeat played out on high toms. The beat skips, and skips again, and suddenly the mists part, as though an ayahuasca haze had given way to absolute animal clarity. From here on out, we're in it, lithe and prowling, hugging the ground on a muscular 4/4 beat as insectoid sounds and syncopated wood-block accents clatter above. Like yage, it's not for the faint of heart—but for adventurous DJs, "Lemon Lab" promises something far better than early-hour timekeeping: the prospect of a journey.

"Dissolved" is a more straightforward affair, bouncing atop a spring-loaded beat and relaxed, ragged handclaps. Faint flashes of voice, like intercepted shortwave transmissions, lend a touch that's almost comic, or at least jovial, and rolling congas stake out a humanizing space in the light of the fire. Still, the unknown is never far away, which Vivanco makes clear with ominous washes of eerie digital synths, as soft and spongy as the interior of rotted logs. As a sound designer, Alejandro is unparalleled: you've never heard pads like this. Combined them with restless, undulating rhythms, he creates an immersive sound world for dancers and musers alike.

Finally, "Madre Tierra" is an easygoing groover showing ample influence of Luciano himself. Shakers, clave and rippling, incidental percussion underpin a light hearted counterpoint that cries out for daylight play , while a bassline as inscrutable as a shadow and the faint hint of crickets tug everything back towards darkness. Repetition, smile-tugging timbres and a perfect, perpetual groove make this tune a dancer's delight. Completely in keeping with its title, it's a song about respect, rebirth and celebration. Give yourself up to it.