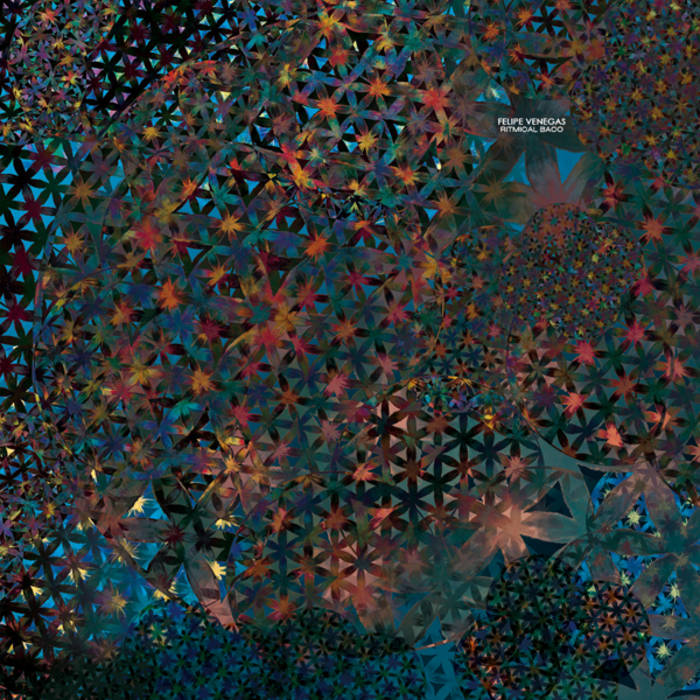 Chile's Felipe Venegas first entered the Cadenza foray in 2009 when he co-produced the magnificent 'Llovizna EP' with Francisco Allendes. It was a magical house EP, full of warm summery grooves like its lead track 'Llovizna', which combined stunning sultry female vocals with a gorgeous deep melody.

Venegas followed that up with the solo effort 'I Ching' last September, which featured two very different tracks - one driving mainroom house cut, and one deep and dirty afterparty sleaze bomb, so he is clearly a producer capable of many different shades of house.

Now Venegas returns to Cadenza with perhaps his most daring EP yet. The title of the EP and its lead track, 'Ritmical Baco', comes from the name of a band from Santiago, which Venegas was once a part of. As he explains, "I played guitar and keyboards for the band, and our sound was influenced by jazz and funk artists like Miles Davis, Joe Sawinul, Chick Corea, Return to Forever, and Los Jaivas, who were one of our most important influences."

You can feel that kind of raw improvisational band way on 'Ritmical Baco'. The groove is free flowing, and its beats flood the spectrum like a river that has burst its banks. Whilst the arrangement seems unbridled and wild at times, it never turns to mud, because Venegas is a skilled conductor at the helm of it all. The different rhythmical elements that he adds to the mix ebb into pleasing waves of harmony and peace. 'Ritmical Baco' is a colourful jungle of club sounds, but it also one that is carefully nurtured.

The EP's second track, 'Orumila' is a traditional chant from South America, dressed up a modern structure that some might identify as the Cadenza house style. "The chant is an ode to the black divinity, the god of renovation, hidden forces and change," explains Venegas. The track is rather spooky in places, but it carries enough musical charm and warmth to convince you of its ultimately higher purpose. Transcendental, this could be, with the right, ahem, stimuli.

Final track 'Sueño Lucido' is a remarkable track that Venegas made last year in Berlin's winter, and says it is a cut influenced by Philippe Glass minimalism and Eddie Palmieri's music. It's a very brave attempt at electronic music fusion, and Venegas has melded Glass' expansive ideas and reductionist theory to Palmieri's warm salsa and Latin jazz melodies. It certainly sounds like an East-meets-West piece of work, or a very modern world music jam. In the end, 'Sueño Lucido' sounds futuristic, like the music of a brighter, more peaceful world, yet it also sounds like it has been secretly aged, in a bottle, beneath an imposing city and a controlled society. With so much contrast, it's almost impossible to define.