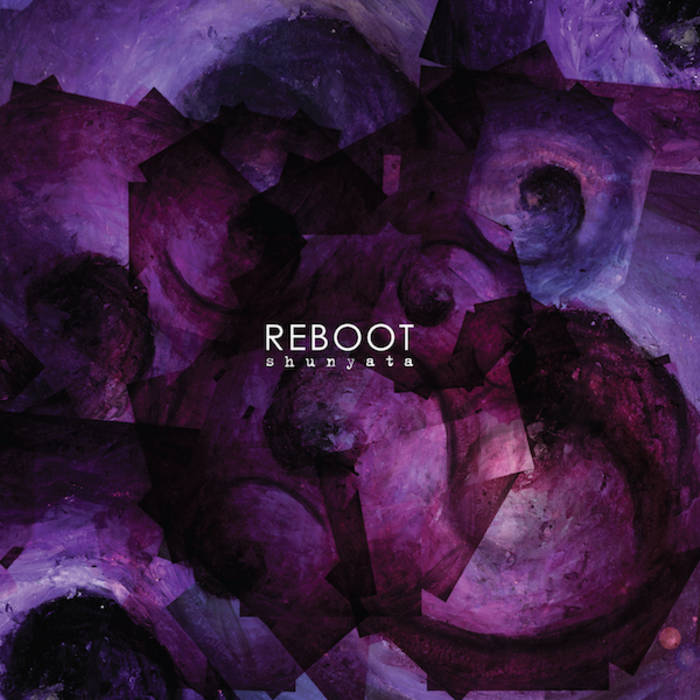 Reboot turns that opposition on its head with his debut album, Shunyata. The title comes from Buddhism and translates loosely as "emptiness." But not just in the negative sense: it speaks also to impermanence, a state of constant flux.

It's a great description of Reboot's music, where everything is in constant and kaleidoscopic motion. And it's also a fitting metaphor for the life of the Frankfurt-based musician, aka Frank Heinrich.

In just three years, since his first EPʼs under the Reboot moniker appeared on Cadenza and Below, he's become one of electronic music's hottest properties, releasing not only a slew of singles for labels like Cocoon, Love Letters from Oslo, Ricardo Villalobos' Sei Es Drum and underground cult fave Motivbank, but also a pair of high-profile mix CDs for Cocoon and Cécille. His live sets and DJ sessions have taken him around the world and then some, several times, playing everywhere from mammoth festival stages to the thatched-roof booth at Ibiza's Ushuaïa. (One look at Reboot's booking schedule, and you can forget about any concept of "emptiness.")

"Shunyata describes my way of life pretty well," affirms Heinrich, who just last year left his full-time day job to focus on music. Shunyata might be seen as a response to all that flux. Heinrich took his time with the record, working on musical ideas that extend beyond the limits of a given track. From the sound designs to the grooves to the way the tracks evolve, they all interconnect; intricate polyrhythms wind through the music like ivy, binding the album together.

It's those rhythms you're likely to notice first: dazzling arrays of congas, bells, cymbals, shakers, woodblocks; sounds that sound like tuned water-drops or aluminum barrels; steely drum machines slicing the air like knives. But behind the layers of percussion there are stranger, shadowier elements at work: chimes, pings, electronic gurgles, scraps of faraway voices, field recordings, and beneath it all, a spongy, squishy bed of bass, comforting and all-encompassing. As Heinrich says, "All the sounds have to be in a constant flux. The track starts at one point and leads to somewhere completely else."

Heinrich's modular synthesizer system plays a key role in fashioning the music's unusual contours. It's an open-ended collection of devices—oscillators, filters, sequencers and esoteric functions—wired together and able to be re-routed in infinite ways. Not only does it sound better than any plug-in, but it also offers a fundamentally different way of working—a more intuitive process where chance guides discovery and sounds evolve with rare fluidity. There are no presets. The only rules are the laws governing sound's movement through air. And everything is in a constant state of flux.

Shunyata is very much an album: its long, undulating lines and morphological structures reward deep,
repeated listening. They're puzzles that can't be solved by themselves, but only by gathering clues from across the recording. At the same time, though, this is visceral, immediate music, crafted by a musician that understands the needs of the dance floor as it really exists—not as some abstract form, but as a living thing, a shifting configuration of bodies and souls that never plays out the same way twice.

DJs are going to find themselves reaching for every track in the package at one point or another. There's the headlong tumble of the Detroit-inspired "Hermano" for joyous peaktime moments, the liquid spiral of "Down Pantha" for the hours where time stands still. "Rambon," with its easy skip and glimmering melody, is like springtime on wax. Tracks like "We Only Just," "Me Show" and "Save Me" offer darker vibes, heads-down and hypnotic. "Dreilach" goes even deeper, with a rippling bass melody that gets deep inside your chest, your brain, your veins. The title track seems to spin at two velocities at once, balancing a driving, linear groove with half-speed voices to create a sense of suspended animation—the perfect encapsulation of the album's central theme. And "Uruana" and "Sanchez Says" bracket the album with percussive forays into far-out terrain, with trace elements of global folk sounds. It's tribal music, no doubt, influenced by, and made for, a worldwide family of listeners and fellow creators. And ritual—whether dance-floor communion or the solitary pursuit of electronic sound—goes to the very fiber of its being. What comes out of that ritual is Shunyata.