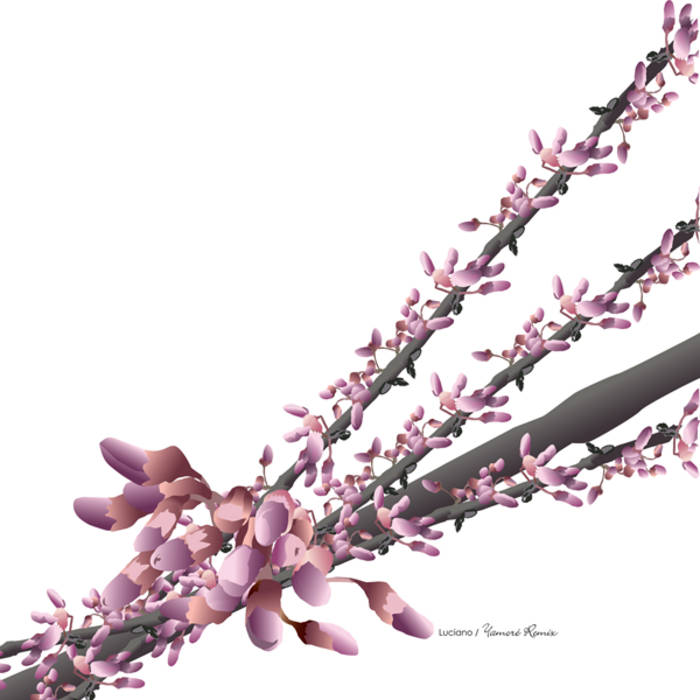 You don't know how lucky you are to have this record in your hands. The title of the EP, Some Old Tunes, is deceptively understated; "Yamoré" is not only one of the rarest records in Luciano's discography, but it's also one of the best remixes he's done, ranking up there alongside a certain "Amelie on Ice" as one of those sought- after treasures that have sent fans scurrying to eBay, hoping to get their hands on the original vinyl.

A staple in Luciano's own DJ sets, "Yamoré" was originally released in 2002 as part of a 5x12" box set of remixes of the Malian musician Salif Keita's album Moffou, limited to 1500 numbered copies. (That box set now sells secondhand for well over $100—when it can be found at all.) In his remix, Luciano pulls out all the stops, drawing from his considerable stylistic range to create a summertime epic that touches upon minimal, deep house, Afropop, and the unclassifiable rhythmic experimentation that defines Luciano's most feverish dancefloor anthems. Despite being four years old, it still sounds ahead of its time, and stands as an important precursor to the newly invigorated psychedelia of today's most exciting house and techno. It doesn't get more danceable than this, but don't dare call it four-to-the-floor: fusing breaks and IDM into house's neverending glide, you'd need an army of spiders to count all the rhythmic feet pushing the tune forward, step by hypersyncopated step.

Opening with Luciano's trademark stutter and flash, the track lays down a bed of thorns over which floats Keita's mournful voice; waves of processed guitar crest and crest, wending through a switchbacking series of chord changes that's never content to rest with the predictable melodic progressions of most club music. Like a caravan rumbling through the desert, the song's rhythmic motion creates the illusion of wheels spinning forwards and backwards, while great clouds of delay part like stage curtains to reveal glittering shapes on the horizon—whether they're real or mirages, it's impossible to tell; the music creates its own logic of perception.

"Harmonic Crashes"—credited to one Pepe Bombilla, a mysterious character last heard from on Luicano's killer "La Limonada de Pepe Bombilla," released on Mental Groove in 2003—is simply one of the freakiest floor-fillers you'll hear this year. Abstract voices—chanting, ranting, singing scat, who knows—urge a handclap-riddled rhythm ever deeper into the darkness, from which Daniel Aimé's haunted, almost agonized harmonica wails out like a banshee. Now, the last thing that most of us want to hear in a "minimal" track is a harmonica, but the way it rips across the soundfield here makes the bluesy beast sound more like a tortured oscillator squealing as the screws are turned ever tighter.

If "Yamoré" stands to be spring/summer 2006's summer sunrise anthem, "Harmonic Crashes" is the track you'll be hearing when the dancefloor encounters its darkest, most demented groove, but still jacking and lithe. Together, these two "old tunes" continue Cadenza's legacy as one of the most exciting labels in electronic music today.