Get fresh music recommendations delivered to your inbox every Friday.

Tribute to the Sun 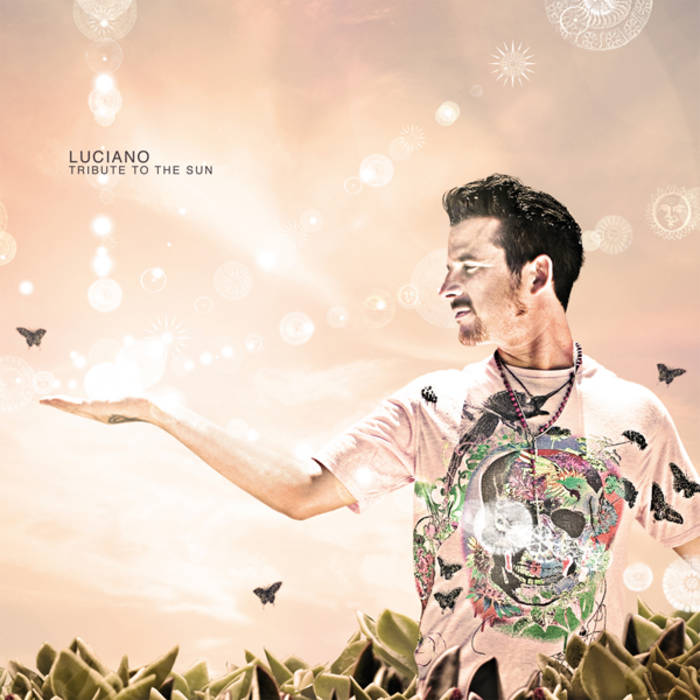 It's been nine years since Lucien Nicolet's first record, and in that time he has earned his place among electronic dance music's most celebrated names. He's racked up singles for the likes of Mental Groove, Perlon, Desolat and of course Cadenza. He's remixed everyone from M83 to Salif Keita, and his mix CDs for Fabric and Soma's Sci.Fi.Hi.Fi. series have showcased minimal house and techno at their most sensual, supple and jubilant. And Luciano's DJ sets have become the stuff of legend the world over.

Throughout his career, the Swiss-Chilean musician has experimented liberally with longer formats, including a live album for Thomas Brinkmann's max.Ernst label and 2004's groundbreaking No Model No Tool, a recombinant set of groove components. But in all this time he has released only one proper studio album, 2004's Blind Behaviour, which veered away from the dancefloor in search of more esoteric pleasures. At long last, with Tribute to the Sun, Luciano delivers one of the definitive highlights of his career.

Not merely a "dance" or "electronic" record, Tribute incorporates musical styles from around the globe with Luciano's inimitable rhythmic sensibility. It draws upon Luciano's extensive experience as a mover of bodies and a reader of the crowd's mind. Many of its grooves form an integral part of Luciano's DJ sets, having been road-tested and continually refined. But it's very much an album to be listened to front to back. (Most of the album's cuts will also be made available as extended edits, for vinyl and download alike.)
Tribute to the Sun is above all a highly personal portrait of the artist. Informed by the ups and downs of the artist's life, and the balancing act between life on the road and the refuge of family life in rural Switzerland, its moods run from the heavenly grace of "Celestial" to the outright madness of "Metodisma." This is the fullest portrait yet of Luciano as not just an artist but a human being.

Four years in the making, the album finds Luciano collaborating with a cast of musicians as talented as they are diverse. Martina Topley-Bird, of course, is known for her haunting contributions to Tricky's early classics, as well as for her solo career and collaborations with the likes of Danger Mouse and Mike Patton. Senegal's Ali Boulo Santo, heir to a long line of griots and nephew of the legendary "King of the Kora" Soundioulou Cissoko, was said to be "born with a Kora in his hands"; he pioneered an electronic fusion of Mandingue Afrobeat in his recordings for Frédéric Galliano's Frikyiwa label, and here his contributions continue to expand the possibilities for "world" music in new contexts. Switzerland's Bruno Bieri is the inventor of the Hang, a kind of steel drum with a sound like a mountain stream; "Hang for Bruno" features both his limpid melodies and the contributions of the Israeli percussionist Omri Hason, a student of the Iranian master Djamchid Chemirani. Omri Is also part of Luciano’s live project Aether.